Luisa Sartori graduated in Experimental Psychology at the University of Padova in 2004, after a research training period at the Koestler Unit, Psychology Department, University of Edinburgh (UK) investigating the physiology of intuition and unconscious perception. She then joined NEMO in 2005. In 2007 she spent a 1-year training period at the Institute of Cognitive Neuroscience, University College of London (UK), exploring cross-modal links between vision and touch and top-down modulation of tactile perception by sensory sharing of body representation.

In 2009 she received her PhD in Perception and Psychophysics from the University of Padova, with a thesis on the psychological components of social actions investigated by means of a 3-D motion analysis system for kinematic recording. She is now Assistant Professor at the Department of General Psychology, University of Padova, with a research project on the neural underpinnings of imitative and complementary actions in humans. In order to shed light on this topic, she is using a multidisciplinary approach (TMS, EMG, fMRI and 3-D motion tracking) in combination with action observation and real-life social interaction paradigms.

In particular, she is interested in exploring the ways in which social interaction and interpersonal coordination can be achieved and managed. Deeper understanding of these mechanisms holds promise to allow new insights into the neurobiological correlates of real-time human social dynamics, which will have specific translational implications in developing novel neurorehabilitative protocols for patients with localized lesions to cortical motor areas (e.g., ischemic stroke) and brain-based social skills programs. 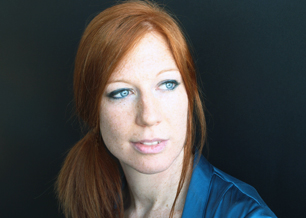 2020 - The Shape of Water: How Tai Chi and Mental Imagery Effect the Kinematics of a Reach-to-Grasp Movement