Prof. Umberto Castiello begun his research activity in April 1983 at the Institute of Human Physiology (headed by Prof. C.A. Umiltà) of the University of Parma, where he remained until the end of 1987. During this period of time he studied the spatial distribution of visual attention in humans by carrying out research on both normal and brain-damaged subjects. In 1988-90 he worked as a post-doctoral research fellow at the Institute of Medical Research in Lyon (headed by prof. M. Jeannerod). During this two-year period of time he conducted research on kinematics of upper limb movements. In 1990-1992, he was a postdoctoral research fellow within the Department of Movement Science at the University of Arizona under the supervision by Prof. George Stelmach. Here he carried out research on visuo-motor control in Parkinson’s disease patients. In 1993-1995 he taught at the University of Bologna and from 1995 to 2000 at the University of Melbourne. In 2000 he obtained a Chair position at the University of London. From 2004 Prof. Umberto Castiello (raggruppamento scientifico-disciplinare M-PSI/02), is affiliated to the Department of General Psychology, University of Padova. Full professor (chiamata per Chiara Fama) since 2004 at the School of Psychology his main research interests revolve around: a) Neural correlates and psychological principles underlying action observation, action execution and social interactions; b) multisensory processes underlying the control of movement in healthy and brain damaged subjects; c) kinematical investigation of prehensile actions in non-human primates. These studies are performed by means of transcranial magnetic stimulation (TMS), functional magnetic resonance imaging (fMRI), diffusion tensor imaging (DTI); 3-D motion analysis. Prof. Castiello’s research has been funded by: Italian Ministry of University and Research, National Health and Medical Research Council (Australia), Australian Research Council, Wellcome Trust, Leverhulme Trust, BBSRC; European Community. Prof. Castiello has been the coordinator of the Phd in Experimental Psychology at the University of Padova and he is the Director of the Centre for Cognitive Neuroscience at the University of Padova. He teaches several courses including Cognitive Neuroscience of Action at the School of Psychology and Neuropsychology of Movement at the School of Medicine. He has published more than 200 papers in top-ranked international journals (e.g. Current Biology, Nature, Nature Neuroscience, Nature Reviews Neuroscience, Brain, Trends in Neurosciences, PLoS). In 2000 he was awarded a DSc. In 2014 has become a member of the ‘Centro Linceo Beniamino Segre’ at the Accademia dei Lincei. 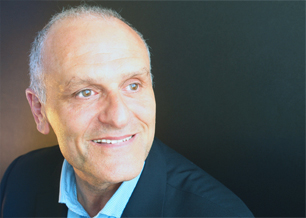 2021 - The coding of object thickness in plants: When roots matter

2021 - Neuroanatomical Correlates of Binge-Eating Behavior: At the Roots of Unstoppable Eating

2021 - Cracking the code: a comparative approach to plant communication

2021 - Sowing the seeds of intentionality: Motor intentions in plants